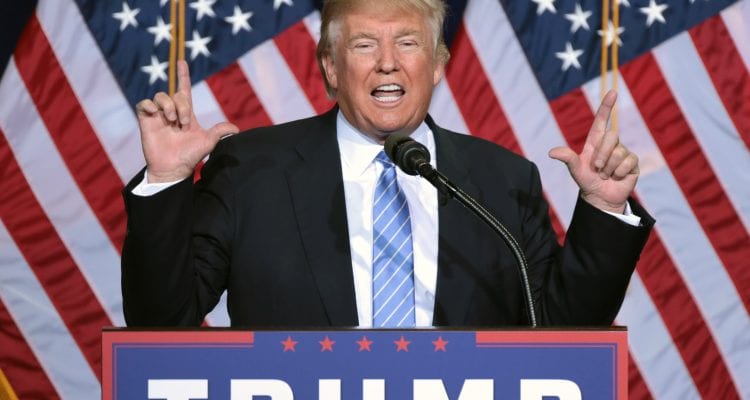 This morning like every morning, I walked downstairs for my morning coffee and my husband was watching Sunrise. Of course, who should be the hot topic of discussion, yes, Donald Trump. My usual reaction, I take myself and my coffee outside!

But I started thinking! Who is Donald Trump really? Why does he do the things he does? What is driving him? What makes Donald Trump tick?

Then I got this idea to do a celebrity numerology reading for Donald Trump. I couldn’t help myself I wanted to unlock his life’s secrets.

So I decided I would look up his full name, which I found with one simple Google search. So he was born Donald John Trump. Now all I needed was his birthday, that was easy too, 14 June 1946.

It was done, I was going to get to the bottom of President Trump and find out what makes him tick!

There was only one way I knew to unlock the secret to his psyche, and that was to look at his numbers – well his seven numerology numbers.

Using my magic numerology spreadsheet (a comprehensive 14 pages of calculations) I was able to in a matter of minutes map out his life path, destiny, soul urge, personality, maturity, birth day, current name, karmic lessons (which he has none) and much more.

I immediately started to see President Trump unravel as I turned each page of my numerology spreadsheet.

So, let’s look at each one of his numbers to reveal who Donald Trump really is. In other words, numerology will show us his true self.

Life path of Donald a 4

This is really no surprise. President Grover Cleveland and Pope Paul 1 were also 4’s. The 4 life path is also Trump’s hidden passion.

He is the dedicated worker, disciplined and determined, he desires to be the pillar of his community or his country, the USA. While he may see things black or white, Trump is dependable and has old-fashioned values and morals.

Good for his word, he will follow through on his commitments unless it is out of his control.

It was no surprise to discover he likes to be in control of his environment. Only this morning again, on Sunrise (23 October) I saw him stop a press interview saying, “I think they have enough!” and ending the interview without warning.

However, Trump thrives on stability and when things do get out of control, he can turn them into success as long as he maintains a positive-mindset.

Donald Trump has a 5 destiny and it’s his birthday (14) which is a 5 in numerology.

This indicates while he is the dedicated worker, he is destined for adventure, loving to feel free to live and enjoy his life his way.

That means, he works and plays hard! However, sometimes this can make him irresponsible in his actions or communications, even appearing scattered. Do you agree?

He is a quick learner, clever, and has the ability to communicate effectively. A lack of moderation, balance and discipline is his undoing.

Trump is strongly opinionated, loyal and courageous when he is fighting for a cause he believes in.

No one would deny that President Trump isn’t living his life to the fullest. Everyday is a new adventure in the world of politics, offering Trump the excitement and variety he craves to avoid boredom!

I remember watching The Apprentice and Donald Trump, the then real estate magnate, interrogating the contestants until he found who was the true cause of the mission failure, and then his dramatic FIRING of the defeated soul before him.

Both Trump’s soul urge and personality are both 7’s. He is the contemplative truth seeker both internally and externally. What you see is who he really is!

He isn’t hiding anything except his emotions, both his soul’s desire and personality are on the same page.

This means he is the detective, uncovering the secrets and mysteries of the world. Trump wants to get to the bottom of things, situations and people!

You can’t smooth-talk the president. When he sets his goals, there really is no stopping him.

This means he may appear egotistical and dictatorial which is why he always seems surrounded by conflict.

Donald Trump is mentally and physically forceful. He is really tough!

The walking cryptic puzzle, everyone is trying to figure him out. That’s definitely understandable. Donald makes his decisions intuitively drawing on his knowledge, wisdom and understanding of the world and people.

However, his weaknesses of being emotionally-closed, self-protective, and defensive, limit his ability to make a good impression.

My advice to President Trump, learn to trust people more and have more faith in the capabilities of others.

Maturing into a compassionate humanitarian

At the age of 60, Donald entered the last stage of his life with a desire to be the backbone of his family and seek to play a major role in creating peace in his community.

President Trump is maturing into the compassionate humanitarian. with the goal of making the world a better place. This will teach him to be more tolerant and understanding and compassionate towards others.

He will develop his creativity further, maybe to think of new ways to make the world a better place.

This is also indicated by his current name number (3), which is helping Trump to learn to express himself more effectively with others.

He may help bring more joy to the world, uplift and inspire others through his works while president. Anything is possible with Trump!

When I scanned his essence chart (calculated using the letters in his name and personal years in numerology) I discovered something about 1979-1980.

First, if you love numbers like I do in 1979 Donald Trump turned 33, his essence number was 22 and his personal year was a 1.

While his 34th year was again a 22 essence and a personal year of an 11. I could see this was a very impactful time for Trump but I didn’t know why.

It was obvious that these two years were eventful. So I decided to Google, “What happened to Donald Trump in 1979” just to see if anything came up!

Can you believe it, I found an article by the New York Times about the impact 1979 had on Donald Trump! This is too good to be true. But it was.

Big events, achievements, and changes can happen as we move from one life cycle into another. It seems the actions of President Carter had a big impact on Trump.

One thing I love about numerology readings is when you analyse all the numbers, a clear set of strengths and weaknesses reveal themselves.

When a person is living positively, their strengths will shine through. However, if they are living negatively or under stress, those weaknesses may rule instead.

I discovered Donald Trump has a larger range of weaknesses than strengths, but they are concentrated  strengths.

Taking top bill for the weaknesses side is his intolerance (with four hits from his 5 major numbers), followed by a tendency towards being critical, defensive, emotionally-closed, irresponsible, pessimistic and scattered.

While he had three magnified strengths, they were: his creativity, intuitiveness and being multitalented.

Decide for yourself whether Trump is living positively or negatively.

Will Trump win the election?

Based on my Donald Trump numerology reading, I think he is going to win the election in 2020.

By the way, I live in Australia. I have nothing to do with politics. My desire to write this blog was simply I wanted to have a better look at what makes Trump tick.

We all have a life journey and Trump is no different.

A note from the author – disclaimer!

In my numerology reading for Donald Trump, I found a very strong personality who I think is often misunderstood, however, I have a feeling his heart is in the right place.

He seems destined to make a significant contribution to the world, let’s hope it is a good one!

I know! What! How could I say that!

I’m not pro or anti Trump. I get annoyed he is on TV all the time.

That’s what I found. I try not to judge anyone. We are all doing the best we can.

Take it or leave it. Have fun with it. It’s a celebrity numerology reading, so don’t take what I wrote too seriously.

After all numerology is interesting, but it’s not black and white and it is open to interpretation.

I used multiple sources to analyse Trump’s numbers and do this reading. The main sources I used are listed below:

“The Life You Were Born to Live, A Guide to Finding Your Life Purpose” by Dan Millman, New World Library, 2018

“The Numerology Guidebook, Uncover Your Destiny and the Blueprint of Your Life” by Michelle Buchanan, Hay House Inc., 2013

Want your own numerology reading?

What does your name and birthday say about you? Find out with your personalised numerology reading done by Lynda Galway, the author of this article.

Sisterhood of Roses supports, empowers and encourages women in Australia to live their best lives. We do this by providing access to professional coaches, healers and therapists who are reputable and experts in their fields. Our gatherings, workshops and events provide opportunities for women to connect, laugh, learn, reflect and grow. Shop beautiful goodies to inspire and delight you. Life readings to guide your life direction.

You're registered and logged in successfully. Redirecting please wait....

Registered successfully. An activation email has been sent to your provided email address. Didn't get any email?   Resend Again

Please try another email or signin.

Email is not resgistered with us.